The Brandenburg Gate (German: Brandenburger Tor) is a former city gate and one of the main symbols of Berlin and Germany.

It is located west of the city center at the junction of Unter den Linden and Ebertstraße, immediately west of the Pariser Platz. It is the only remaining gate of a series through which one formerly entered Berlin. One block to the north stands the Reichstag building. The gate is the monumental entry to Unter den Linden, the renowned boulevard of linden trees which formerly led directly to the city palace of the Prussian monarchs. It was commissioned by King Frederick William II of Prussia as a sign of peace and built by Carl Gotthard Langhans from 1788 to 1791. The Brandenburg Gate was restored from 2000 to 2002 by the Stiftung Denkmalschutz Berlin (Berlin Monument Conservation Foundation). Today, it is considered one of Europe's most famous landmarks.

The Brandenburger gate, landmark of Berlin and symbol of the German unit, was built from 1789 to 1791 by Carl Gotthard Langhans. Ten years after the 30 year war, in 1658 were begun to extend Berlin into a fortress. In the place of the today's Brandenburg Gate, a town-gate was established. 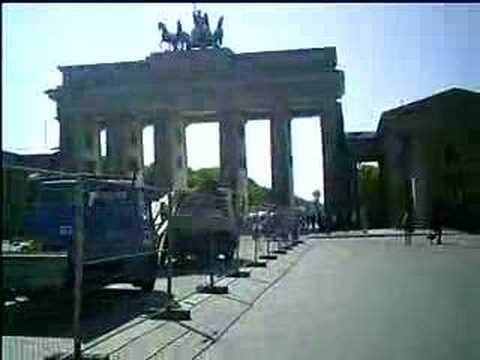 View other events that happened in 1791