The State of Franklin was an autonomous, secessionist United States territory created not long after the end of the American Revolution from territory that later was ceded by North Carolina to the federal government.

Franklin's territory later became part of the state of Tennessee. Franklin was never officially admitted into the Union of the United States and existed for only four years.

As the Congress of the Confederation was heavily in debt at the close of the Revolutionary War, the state of North Carolina voted, in April 1784, "to give Congress the 29,000,000 acres (117,000 km2) lying between the Allegheny Mountains (as the entire Appalachian range was then called) and the Mississippi river." This did not please the Watauga settlers who had gained an earnest foothold on the Cumberland River at Fort Nashborough. They feared Congress might in desperation sell the territory to a foreign power such as France or Spain. A few months later, the Legislature of North Carolina withdrew its gift, and again took charge of its western land because it feared the land would not be used to pay the debts of Congress. These North Carolina lawmakers also "ordered judges to hold court in the western counties, arranged to enroll a brigade of soldiers, and appointed John Sevier to command it.

The spirit of the American Revolution was still very much a part of the frontier world view, and increasing dissatisfaction with the government of North Carolina by citizens in the territory west of the Alleghenies led to calls for the establishment of a separate state. On August 23, 1784, delegates from the North Carolina counties of Washington (that at the time included present day Carter County), Sullivan, Spencer (now Hawkins) and Greene — all counties in present-day Tennessee — convened in the town of Jonesborough and declared the lands independent of North Carolina.

On May 16, 1785, a delegation from these counties submitted a petition for statehood to the Continental Congress. Seven states voted to admit the tiny state under the proposed name Frankland. Though a majority, the number of states voting in favor fell short of the two-thirds majority required to admit a territory to statehood under the Articles of Confederation. In an attempt to curry favor for their cause, leaders changed the name to "Franklin" after Benjamin Franklin, and even initiated a correspondence with the patriot to sway him to support them. Franklin politely refused.

Locally, a constitution that disallowed lawyers, doctors and preachers from election to the legislature was rejected by referendum. Thereafter, a constitution modeled on that of North Carolina was adopted with few changes, and the state was called Franklin.

A temporary government was assembled at Greeneville. After a swift election, John Sevier became governor and David Campbell judge of the Superior Court. Greeneville was declared the permanent capital. The first legislature met in December 1785; Landon Carter (son of John Carter, an early Carter County settler in present day Elizabethton, Tennessee) was the Speaker of the Senate, and Thomas Talbot its clerk. Major William Cage was Speaker of the House of Representatives, and Thomas Chapman served as House Clerk.

The legislature made treaties with the Indian tribes in the area, opened courts, incorporated and annexed five new counties (see map above), and fixed taxes and officers' salaries. Barter was the economic system both de facto and de jure, and anything in common use among the people was allowed to be paid to settle debts, including foreign money, corn, tobacco, apple brandy, and skins (Sevier himself was paid in deer hides). Citizens were granted a two-year reprieve on paying taxes, but this lack of currency and economic infrastructure slowed development and created confusion.

The year 1786 was the beginning of the end of the small state. Franklin was placed in a precarious position by not being admitted to the United States. The new "state" never met the Union admission requirements. Because it shunned North Carolina's claims of sovereignty over it, Franklin did not have the benefit of either the national army or the North Carolina militia. North Carolina offered to waive all back taxes if Franklin would reunite with its government. When this offer was not accepted, North Carolina moved in troops under the leadership of Col. John Tipton and established its own government in the region. The two rival administrations competed side by side for several months. Loyalties were divided among local residents. The only "battle" between Sevier's supporters and those of Tipton was fought in 1788 at Col. Tipton's farm which has been preserved as the Tipton-Haynes Historic Site in Johnson City, Tennessee.

Becoming desperate over the Franklin government's inability to function due to economic problems, Sevier sought a loan from the Spanish government, and along with James White attempted to place Franklin under Spanish rule. The North Carolina government was absolutely opposed to any foreign nation gaining a foothold in Franklin and ordered its officials to arrest Sevier. Sevier's supporters freed him from a local jail but Sevier decided to turn himself in February 1788. North Carolina was lenient and the only punishment given Sevier was to require him to swear an oath of allegiance to North Carolina.

In late March 1788, the Cherokee, Chickamauga and Chickasaw nations collectively began to attack white American settlements in Franklin with abandon. These Indian attacks led the short-lived state to settle its differences with North Carolina very quickly, so their militia might aid in driving out the Native American attackers.

As of 1790, the government of the State of Franklin had collapsed entirely and the territory was firmly back under the control of North Carolina. Sevier was elected to the North Carolina legislature to represent the region. Soon thereafter, the state once again ceded the area that would soon become Tennessee to the national government to form the Southwest Territory. John Sevier became Tennessee's first governor, and John Tipton signed the Tennessee Constitution as the representative from Washington County.

In the last sessions of the Franklin legislature, John Sevier proposed to commission a Franklin state flag, but it was never designed. The purported "flag of The State of Franklin" that is available on the internet is clearly a hoax, borrowing heavily from the current flag of Tennessee, which was designed at the turn of the 20th century by Leroy Reeves.

STRANGE BUT TRUE - From the Library of Congress

A letter from Richard Dobbs Spaight to Richard Caswell

On the 15th of May Mr. Cocke arrived here in the Character of Agent, for the inhabitants of the Counties of Washington, Greene, & Sullivan, whom it appears have declared themselves an independent State by the Title of "THE STATE OF FRANKLIN." The day following he presented, to the President of Congress a memorial from the Assembly of that State, praying Congress to accept the cession of No Carolina, and to admit them into the Union. The memorial was laid before Congress, and read, but no Order either moved, or, taken on it. A copy of the memorial I enclose to your Excellency.

A day or two after a motion was made by a delegate from Massachusetts, that the Acts of the Genl. Assembly of the State of No. Carolina, granting & repealing the cession, should be refered to a Committee, in order that they might report whether Congress had, or had not a right to Accept the cession, & whether it was not still binding upon the State, notwithstanding the repealing Act. They were accordingly committed, and a report made on the 20th May.

Contrary to the established rule, the report was taken up, and Acted on, the same day, without allowing any time for consideration or giving any notice to the member from the State. As I had been indisposed for some time before & was at that time, far from being well, I was not in Congress, tho' had I known that, that subject would have been before the house I should certainly have been there. Notwithstanding I think that congress have in this instance, treated the State and myself with a great degree of indelicacy, I shall only Observe upon their proceedings, that in my Opinion too great an avidity, in a part of Congress, for Western Territory, have harried them into a Measure, the consequences of which they have not considered, and I am sure in their cooler Moments, & abstracted from interested motives, they wou'd condemn. A copy of the report and proceedings thereon I enclose to your Excellency. The Report does not do much credit to the Abilities of the gentlemen who drew it, (tho' it convinces me, that my opinion is right---;"that they are willing to have the land on any terms,") as the latter clause, which is the only one agreed to, is an Absolute contradiction to every other part of it.

In the years following the Revolutionary War, the young American nation was in a state of chaos. Citizens pleaded with government leaders to reorganize local infrastructures and heighten regulations, but economic turmoil, Native American warfare, and political unrest persisted. By 1784, one group of North Carolina frontiersmen could no longer stand the unresponsiveness of state leaders to their growing demands. This ambitious coalition of Tennessee Valley citizens declared their region independent from North Carolina, forming the state of Franklin.

The Lost State of Franklin: America's First Secession chronicles the history of this ill-fated movement from its origins in the early settlement of East Tennessee to its eventual violent demise. Author Kevin T. Barksdale investigates how this lost state failed so ruinously, examining its history and tracing the development of its modern mythology. The Franklin independence movement emerged from the shared desires of a powerful group of landed elite, yeoman farmers, and country merchants. Over the course of four years they managed to develop a functioning state government, court system, and backcountry bureaucracy. Cloaking their motives in the rhetoric of the American Revolution, the Franklinites aimed to defend their land claims, expand their economy, and eradicate the area's Native American population. They sought admission into the union as America's fourteenth state, but their secession never garnered support from outside the Tennessee Valley. Confronted by Native American resistance and the opposition of the North Carolina government, the state of Franklin incited a firestorm of partisan and Indian violence.

Despite a brief diplomatic flirtation with the nation of Spain during the state's final days, the state was never able to recover from the warfare, and Franklin collapsed in 1788. East Tennesseans now regard the lost state of Franklin as a symbol of rugged individualism and regional exceptionalism, but outside the region the movement has been largely forgotten. The Lost State of Franklin presents the complete history of this defiant secession and examines the formation of its romanticized local legacy. In reevaluating this complex political movement, Barksdale sheds light on a remarkable Appalachian insurrection and reminds readers of the extraordinary, fragile nature of America's young independence. 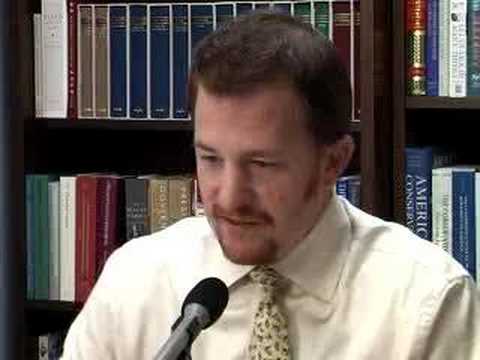 States Admitted To The Union