The Battle of Crooked Billet was a battle in the Philadelphia campaign of the American Revolutionary War fought on May 1, 1778 near Crooked Billet (present-day Hatboro), Pennsylvania.

In the skirmish action, British forces under the command of Major John Graves Simcoe launched a surprise attack against Brigadier General John Lacey and three regiments of Pennsylvania militia, who were literally caught sleeping. The British inflicted significant damage, and Lacey and his forces were forced to retreat into neighboring Bucks County.

By spring of 1778, the British had occupied the cities of New York and Philadelphia. Even after the capture of forts Mifflin and Mercer, which had previously prevented the resupply of British-occupied Philadelphia by sea, the British relied heavily upon the overland route between New York City and Philadelphia for the movement of men, supplies and communication. British troops also regularly foraged for supplies in the countryside around the city.

Since December, Washington and the Continental Army were in winter quarters at Valley Forge, northwest of Philadelphia. Twenty-three year old Lacey (who had been promoted to Brigadier General and commander of the Pennsylvania militia in January), was tasked by Washington with patrolling the region north of Philadelphia, between the Delaware and Schuylkill Rivers. Washington ordered Lacey and the militia to prevent farmers from taking their goods into Philadelphia to sell to the British (who paid high prices, in gold), and to protect patriots in the region from harassment by British and Loyalist troops. 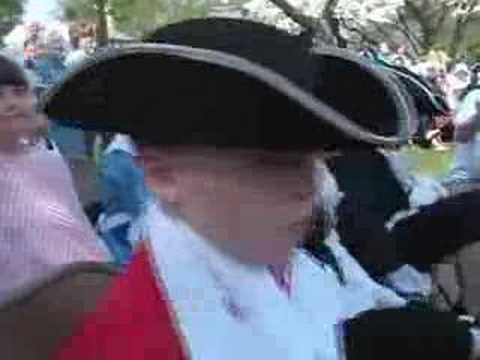