At around 9 AM, on June 28, the British fleet fired a signal gun to advance against the fort.

Less than an hour later, the nine warships arrived at the fort. The Thunder and Friendship anchored about 1.5 miles from the fort while Parker took the Active, Bristol, Experiment and Solebay, about 400 yards from Sullivan Island's waterline to open fire on the fort, with the frigates Sphinx, Syren, and Actaeon in reserve less than a mile behind the four main ships. At 11:30 AM, the 13-inch bomb batteries aboard the Thunder opened fire on Fort Sullivan, and minutes later the full broadsides of the British warships hit the fort. The fort's gunners worked furiously to return the British fire. Three of the poorly protected 12-pound guns a few yards from the fort were abandoned, but the remaining 28 cannon kept returning fire for the sand and palmetto logs of the fort's walls stood up well and smothered most of the British cannonballs before they could explode. Most of the American casualties came from direct hits through the embrasures.

During the cannonade against Fort Sullivan, the three British ships in reserve sailed past the fort north toward The Cove to take up positions to attack the fort from its flanks, only to run onto an uncharted sandbar. The British managed to re-float the Sphinix and Syren, but the Acteon remained grounded having moved too far onto the submerged sandbar.

In the meantime, Clinton had tried to support the naval attack by landing on Sullivan's Island, but he soon discovered that the water in narrow straight from Long Island to Sullivan's Island, thought to be only 18 inches deep enabling his men to cross, was in fact close to six or seven feet deep. The American militia on Sullivan's Island and the nearby mainland opened fire on Clinton's men attempting to cross the strait forcing them to withdraw.

At the fort, Moultrie ordered his men to concentrate their fire on the two large man-of-war ships, the Bristol and Experiment, which took hit after hit from the fort's guns. On the Bristol, one round from the fort hit quarterdeck, slightly wounding Parker with a knee and thigh wound, which tore off part of his britches, leaving his backside bare. The defenders were well supplied as the bombardment drew into the afternoon, as Lee brought more ammunition and gunpowder for the fort, continuing to fire back at the British ships. With the extra powder, the patriots continued firing defiantly at the British ships, until sunset when the fleet finally withdrew out of range.

Counting casualties, Parker reported 40 sailors killed and 71 wounded aboard the Bristol, having been hit over 70 times with much damage to the hull, yards, and rigging. The Experiment was also badly damaged with 23 sailors killed and 56 wounded with similar damage. The Active and Solebay reported 15 casualties between them. The American patriots reported their casualties at only 17 killed and 20 wounded. The following morning, the British, unable to drag the grounded Actaeon off the sandbar, set fire to the ship to prevent her from falling into enemy hands. The patriots in small boats sailed to the afire Actaeon removing a few cannons, before withdrawing back to the shore when the grounded warship exploded after the fires reached the powder magazine.

In mid-June, Clinton sent land forces ashore on Long Island near Sullivan’s Island. The battle began on June 28, when the British opened a 10-hour bombardment. Clinton had been led to believe that his army could storm Fort Sullivan by crossing the shallows between the two islands at low tide. When the favorable tide came, it was discovered that the waters were more than six feet deep. No land assault took place.

Despite Lee’s warnings, the fortifications were up to the challenge. The palmetto logs possessed an elastic quality that was highly effective in warding off cannon fire. In addition, American militiamen were able to pour heavy fire into the British ships and inflict heavy damage. At the end of the long day’s fighting, the British fleet had failed to move into Charleston Harbor, which gave the Patriots a stunning victory at the cost of 10 killed and several dozen wounded.

Clinton was forced to wait several days for favorable conditions to retrieve his stranded soldiers on Long Island. In accord with military custom of the day, Lee and Clinton exchanged written pleasantries. The former sent needed supplies to the ships waiting at sea and received from the latter a barrel of English porter.

The British effort to open a second front in the South ended in the waters off Charleston. Clinton sailed back to New York City and the effort in the South would not be renewed for two years.

The news from Charleston was met with great rejoicing by Americans. Following on the heels of the victory at Moore’s Creek Bridge and the British evacuation of Boston, it appeared that the tide of war had turned fully in the American direction. However, during the second half of 1776, a long string of defeats would occur, which drained the elation of all but the most optimistic rebels. 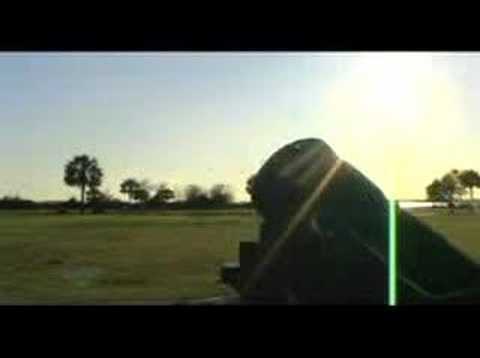