The history of the United States Marine Corps begins with the founding of the Continental Marines in 1775 to conduct ship-to-ship fighting, provide shipboard security and assist in landing forces.

The United States Marine Corps traces its institutional roots to the Continental Marines of the American Revolutionary War. The Continental Congress formed the Continental Marines on 10 November 1775, planning to draw them from among Washington's army in Boston and send them to capture supplies from Halifax, Nova Scotia. However, Washington was unenthusiastic about the plan and suggested the Marines be recruited in New York or Philadelphia instead. Captain Samuel Nicholas was commissioned as the Continental Marines' first officer on 28 November 1775. Though legend places its first recruiting post at Tun Tavern, Marine historian Edwin Simmons surmises that it was more likely the Conestoga Waggon, a tavern owned by the Nicholas family. Robert Mullen, whose mother owned Tun Tavern, later received a commission in June 1776 and likely used it as his recruiting rendezvous.[6]

By December 1775, five companies of about 300 Marines were raised. While armed, they were not equipped with uniforms. However, they headed not North as originally planned, but South, for the Caribbean. The five companies joined Commodore Esek Hopkins of the Continental Navy's first squadron on its first cruise. Hopkins ignored his ambitious orders to sweep the southern seas of British ships, and instead raided the Bahamas for gunpowder for Washington's army. Nicholas' Marines made an opposed landing and marched on Nassau Town, on the island of New Providence, seizing shot, shells and cannon. However, a failed attempt at a surprise attack the day before had warned the defenders, who sent off their stock of gunpowder in the night. Sailing back to Rhode Island, the squadron captured four small prize ships. The squadron finally returned on 8 April 1776, with 7 dead Marines (including Lt. John Fitzpatrick), and four wounded. Though Hopkins was disgraced for failing to obey orders, Nicholas was promoted to Major on 25 June and tasked with raising 4 new companies of Marines for 4 new frigates then under construction. Among the newly commissioned Marines was Captain Robert Mullan.[7]

In December 1776, the Marines were tasked to join Washington's army at Trenton to slow the progress of British troops southward through New Jersey. Unsure what to do with the Marines, Washington added the Marines to a brigade of Philadelphia militia, also dressed in green. Captain Mullan's roster lists two black men, Issac and Orange, the first recorded black Marines. Though they were unable to arrive in time to affect the battle of Trenton, they assisted in the decisive American victory at Princeton.[8]

Continental Marines landed and captured Nautilus Island and the Majabagaduce peninsula in the Penobscot Expedition. A group under Navy Captain James Willing left Pittsburgh, traveled down the Ohio and Mississippi Rivers, captured a ship and in conjunction with other Continental Marines brought by ship from the Gulf of Mexico raided British Loyalists on the shore of Lake Ponchartrain

The last official act of the Continental Marines was to escort a stash of French silver crowns on loan from Louis XVI, from Boston to Philadelphia, to enable the opening of the Bank of North America. At the end of the Revolution in 1783, both the Continental Navy and Marines were disbanded. In all, there were 131 Colonial Marine officers there were probably no more than 2,000 enlisted Colonial Marines.[6] Though individual Marines were enlisted for the few American naval vessels, the organization would not be re-created until 1798. Despite the gap between the disbanding of the Continental Marines and the establishment of the U.S. Marine Corps, Marines worldwide celebrate 10 November 1775 as the Marine Corps Birthday. This is traditional in Marine units and is similar to the practice of the British and Netherlands Royal Marines.

November 10, 1775 is the celebrated birthday of the US Marines. After several attempts by the American colonies to work out some sort of reconciliation between the Crown and the American people, the Colonial Congress decided to take a sterner attitude. A committee of the Congress drafted a resolution to create a new military unit, called the Continental Marines. 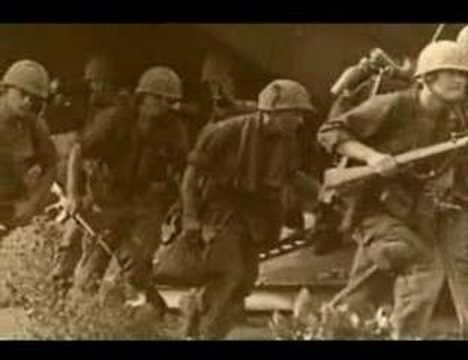