Ahmed Shah Durrani, the founder of the Durrani Empire and the modern state of Afghanistan, established his rule in 1747 at Kandahar.

Ahmad Shah, a Pashtun from the Abdali clan, was elected King in a loya jirga after the assassination of Nadir Shah Afshari in the same year. Throughout his reign, Ahmad Shah consolidated chieftains, petty principalities, and fragmented provinces into one country. His rule extended from Mashad in the west to Kashmir and Delhi in the east, and from the Amu Darya (Oxus) River in the north to the Arabian Sea in the south. With the exception of a 9-month period in 1929, all of Afghanistan's rulers until the 1978 Marxist coup were from Durrani's Pashtun tribal confederation, and all were members of that tribe's Mohammedzai clan after 1818.

One of Ahmad Shah's first acts as chief was to adopt the title "Durr-i-Durrani" ("pearl of pearls" or "pearl of the age"). The name may have been suggested, as some claim, from a dream dreamt by Ahmad Shah, or as others claim, from the pearl earrings worn by the royal guard of Nadir Shah. The Abdali Pashtuns were known thereafter as the Durrani, and the name of the Abdali confederation was changed to Durrani. 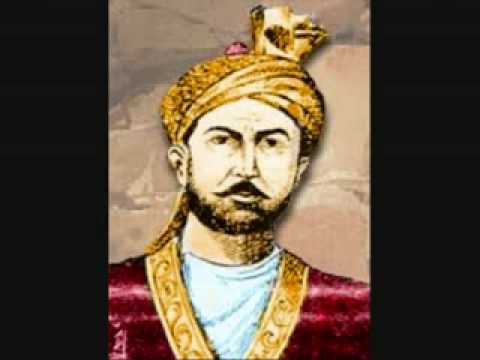 View other events that happened in 1747