Karfi, Crete, (also Karphi, Greek: Καρφί) is a little-visited archaeological site high in the Dikti Mountains that is akin to Machu Picchu for the Minoan civilization.

When the warlike mixed group conventionally referred to as Dorians arrived in Crete from the Peloponnese after ca 1100 BCE, archaeological reconstructions suggest that they would have found the Minoan people living along with the Mycenaeans, surviving as an underclass. No doubt the Minoan language continued to be spoken by the peasants, though inscriptions, now in Linear B, were all in a form of Greek associated with a Mycenaean upper class (BBC).

The transition from Middle Minoan (MM) to Late Minoan (LM) is marked in pattern-painted pottery by the shift from a preference for the light-on-dark technique to one for a dark-on-light treatment. The LM I period as a whole is that during which Minoan influence throughout the southern Aegean (Peloponnese, Cyclades, Dodecanese, southwestern Anatolia) reaches its apogee. In the later part of LM IB, but seemingly not at its very end, all Cretan palaces except Knossos were violently destroyed, together with an extremely large number of villas and towns. Most of these sites were re-occupied, but usually not until the LM IIIA period, while not one of the destroyed palaces was rebuilt as such. Pottery of the short but critically important LM II period has been found at relatively few sites (Chania, Knossos, Kommos, Phaistos, Rethymnon) but exists in quantity at Knossos, especially in rich deposits from the recently excavated and published "Unexplored Mansion". LM IIIA is sometimes further subdivided into 1 and 2, the point of division between the two falling shortly before a major destruction horizon at Knossos in which the palace itself was burnt. The distinction between LM IIIA and LM IIIB is rather fuzzy and the transition from one to the other is not marked by any significant historical event. LM IIIC, on the other hand, begins at about the same time as the Mycenaean palatial centers on the Greek Mainland are being destroyed in a relatively short space of time, never to be rebuilt. Whether or not the palace at Knossos continued to function as such after the destruction of early LM IIIA2 is, after a debate that is now some twenty-five years old, now approaching resolution (most authorities would now agree that it remained a functioning palatial center into the 13th century B.C. or LM IIIB period), but no one has ever maintained that it survived as a major administrative center into the LM IIIC period. In general, it is fair to say that the pottery of post-LM II Crete, although always retaining certain distinctively Minoan characteristics such as a preference for one- rather than two-handled drinking vessels, becomes more and more just one of several regional Aegean ceramic schools which are basically variations of a single "Mycenaean" tradition. 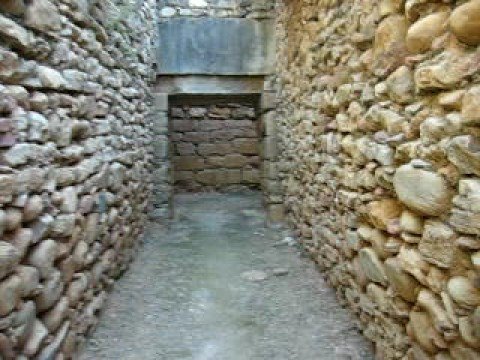 View other events that happened in 1600 BC