Petra (Greek "πέτρα" (petra), meaning rock; Arabic: البتراء, Al-Batrāʾ) is a historic and archaeological city in the Jordanian governorate of Ma'an that has rock cut architecture and water conduits system.

Established sometime around the 6th century BC as the capital city of the Nabataeans, it is a symbol of Jordan as well as its most visited tourism attraction. It lies on the slope of Mount Hor in a basin among the mountains which form the eastern flank of Arabah (Wadi Araba), the large valley running from the Dead Sea to the Gulf of Aqaba. Petra is an UNESCO World Heritage Site since 1985.

The site remained unknown to the Western world until 1812, when it was introduced by Swiss explorer Johann Ludwig Burckhardt. It was described as "a rose-red city half as old as time" in a Newdigate Prize-winning sonnet by John William Burgon. UNESCO has described it as "one of the most precious cultural properties of man's cultural heritage." Petra was chosen by the BBC as one of "the 40 places you have to see before you die".

Petra (from the Latin word 'petrae', meaning 'rock') lies in a great rift valley east of Wadi 'Araba in Jordan about 80 kilometers south of the Dead Sea. It came into prominence in the late first century BCE (BC) through the success of the spice trade. The city was the principal city of ancient Nabataea and was famous above all for two things: its trade and its hydraulic engineering systems. It was locally autonomous until the reign of Trajan, but it flourished under Roman rule. The town grew up around its Colonnaded Street in the first century CE (AD) and by the mid-first century had witnessed rapid urbanization. Following the flow of the Wadi Musa, the city-center was laid out on either sides of the Colonnaded Street on an elongated plan between the theater in the east and the Qasr al-Bint in the west. The quarries were probably opened in this period, and there followed virtually continuous building through the first and second centuries CE.

Two thousand years ago, it was the capital of a powerful trading empire. Now archaeologists are piecing together a more complete picture of Jordan's compelling rock city.

"Donkey, horse or camel?" The question from my Bedouin guide reminds me of a rental car agent asking, "Economy, full-size or SUV?" I choose economy, and we canter on our donkeys through the steep valleys that surround Petra, in Jordan, as the rock changes from red to ocher to orange and back to red. Two millennia ago our now deserted track was a well-engineered caravan route, bustling with itinerant traders on foot, Roman soldiers on horseback and rich merchants on camels. 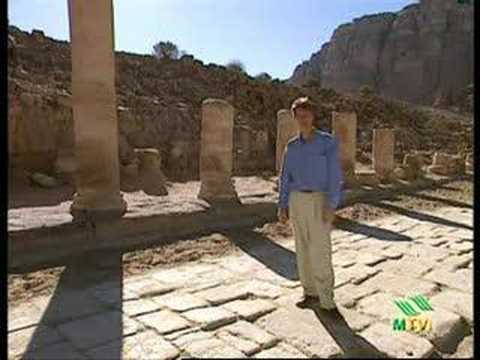 View other events that happened in 1200 BC