The Leaning Tower of Pisa (Italian: Torre pendente di Pisa) or simply the Tower of Pisa (La Torre di Pisa) is the campanile, or freestanding bell tower, of the cathedral of the Italian city of Pisa.

Although intended to stand vertically, the tower began leaning to the southeast soon after the onset of construction in 1173 due to a poorly laid foundation and loose substrate that has allowed the foundation to shift direction. The tower currently leans to the southwest.

One of the world's most recognizable buildings is surely the Leaning Tower of Pisa. Go see it, if you're so inclined....

Tourists stand in front of the tipsy tower, leaning at a jaunty angle themselves, and take snapshots in which they seem to disobey the laws of gravity. In fact, people have been having fun with the tower's tilt for centuries.

When construction of this campanile began in 1173, Pisa was a trading center at the peak of its military might and artistic achievement. Much to the embarrassment of Pisans, however, their white marble tower began to tilt even before its third story was finished in 1274. 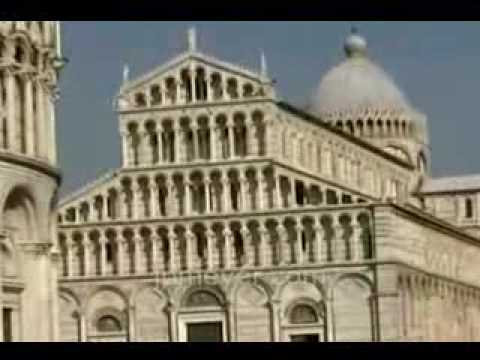